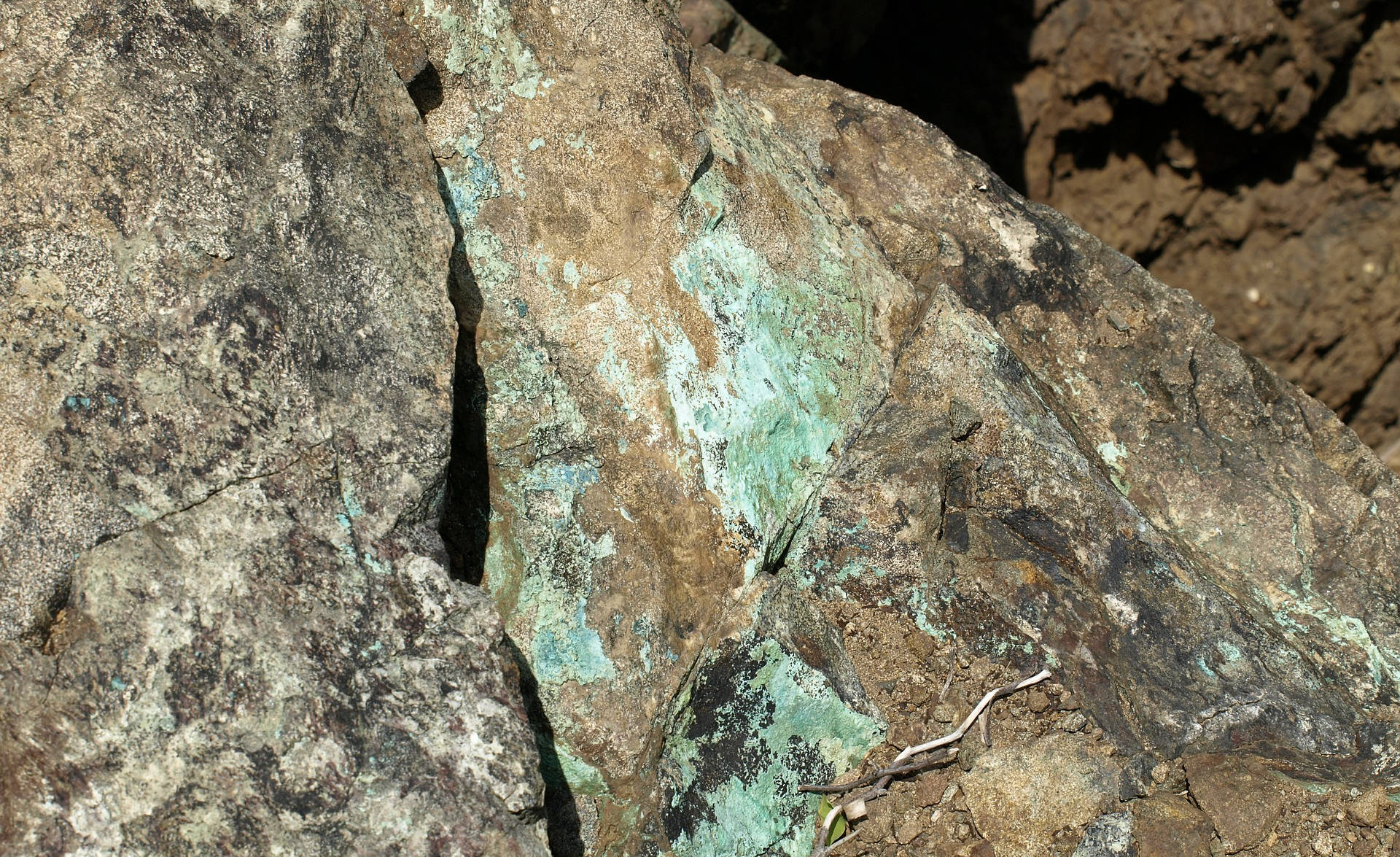 The King’s Turquoise Mine is one of the oldest in Colorado, and one of the better know. First discovered by Southwestern Indians. Turquoise was used by the Indians for personal adornment, in religious ceremonies and in many of their rituals.

Many Legends grew up around the semiprecious stone. “The bearer of the sun often rode a horse made of turquoise.” A charm of turquoise will protect a horse and rider on a journey. “The eyes will be strengthened by gazing upon turquoise.” These are only a few of the known legends surrounding the green to blue colored stone. Naturally they kept the location of the mine and closely-guarded secret.

Early Spanish settlers in Taos and San Luis knew of the mine. They passed the knowledge of its location along with this secret. “Of all the hills that dot the grass-covered vistas east of Manassa, Colorado, in the San Luis Valley there is only one upon which a man can stand on a summer’s evening and have his shadow cast all the way to the Rio Grande River, over a mile away. This is the hill that contain the turquoise.”

When Mr. Israel Pervoise King dug into the hill in 1890 he was unaware of both the legend and the fact that it contained turquoise. He was looking for gold. He found an abandoned tunnel which had carefully been covered which contained ancient tools made of stone and deer horn. I.P. King jumped to the conclusion that the ancient miners were also searching for gold. He found much ore which assayed for only a few dollars per ton, so I.P. King abandoned his diggings, taking only a few of the peculiar blue stones home with him to place on his mantle. It was only when a visiting friend asked where he had gotten his fine turquoise that I.P. King realized what he had found.

And so it was that, after about 10 years I.P. King, his son Charles, and some of the men of the area became the first white men to work the mine for turquoise. It soon became known by the nickname “Lick Skillet” because of the hard times. It
was mined until about 1906. Then the mine lay idle for the most part of the next 20 years.

In 1930 W.P. “Pete” King, grandson of the discoverer began to work the mine. While living in a tent he spent the winter looking for the blue stone, using only a hammer and handsteel to drive holes in the rock for blasting. The next summer he built the little stone house which still stands at the base of the hills. For many years Pete and his wife, Phyllis and their children lived there and worked the mine. In the late 1930’s Pete discovered the largest vein of turquoise ever to be found. It was later named the “Harmon Day Streak.” When World War II broke out, Pete left the mine to serve his country. When Pete returned, he moved to Albuquerque and spent the next 40 years with the Navajo making turquoise jewelry.

Pete’s son, Bill King, acquired the mine in the 1960’s but didn’t mine if full time until 1980. The King’s mine is now producing some of the best blue and green turquoise on the market. Geologist and collectors have stated that it is the Rolls Royce of turquoise.